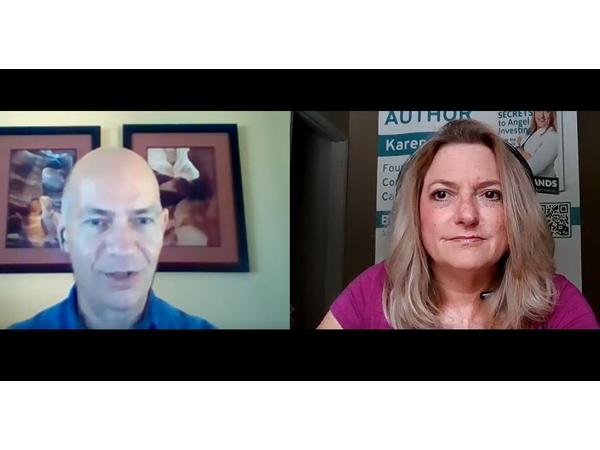 The life cycle and milestones used to measure progress and assess risk of Life Sciences companies as an early stage, pre-revenue company, is different than that of a tech or consumer product company. Often there isn't a MVP, Minimum Viable Product, or a prototype, or a beta version to validate that the innovation works. Customer validation usually doesn't come until much later in the lifecycle so it is assumed based on the medical break through intended to solve and address the suffering of an identified market. Investors committed to bringing bio and medical innovations to the market are the minority in the broad scope of angel investors and angel investor groups. In this episode of the Compassionate Capitalist Podcast, Karen Rands is joined by Yaniv Sneor, co-founder of the Mid Atlantic Bio Angels (MABA), a life science angel investor group (bioangels.net), where he administers MABA’s internal investment pools, and their co-investment Sidecar Fund (https://sidecarfund.bioangels.net/), for non MABA member investors, to discuss how and why the group formed and their unique approach investing in life sciences companies.

Educated as a physicist, Mr. Sneor made the transition into the business world about 30 years ago, at which point he took the helm of his first company.  Mr. Sneor has held every C-level position and led his companies through merger, acquisition, capitalization, and turnaround leadership  with companies ranging from start-up to growth stage. Mr. Sneor is also currently the CEO of Native State Therapeutics, an early state biotechnology company in the neurodegeneration field.

Educated as an economist, Karen Rands is leading the Compassionate Capitalist Movement and author of the best selling Inside Secrets to Angel Investing.  http:/karenrands.co

Also available as a video: https://youtu.be/hsKWwjuLsQY

0.75x
1x
1.25x
1.5x
2x
0:00
00:55:00
Apple PodcastsGoogle PodcastsStitcherTuneInPlayerFMBlogTalkRadioPodCast RepublicCastBoxPodTailSubscribe on AndroidShare on Facebook and Twitter Subscribe via RSSDownloadListen in a New WindowLeave a ReviewSoundCloudSpotifyPlayer Embed
Powered by the Simple Podcast Press Player
Previous StoryCannabis Capitalist Show Explores the Science of CBD & Endocannabinoid Medicine
Next StoryWomen Entrepreneurs - How to Decide to Start a Business and Conquer Capital